Find out more about iPhone 13

The premiere of the new iPhone 13 is coming soon! Now is the time to summarize all the timely information and leaks that have come out so far. If you are curious what Apple has prepared in the new iPhone 13, be sure to read our article. We will try to discuss what will change in the iPhone 13, including how much will it cost? when is the sale of the iPhone 13 planned? and so much more!

When will the Apple Event take place?

The Apple conference is scheduled for September 14. It will start at 10:00 a.m. PDT. To stay up to date with the broadcast, visit the official Apple website where a link to the stream will appear, or alternatively use Apple's official YouTube channel.

As reported, the iPhone 13 can be ordered from September 17. This will apply to both the iPhone 13 mini, iPhone 13, iPhone 13 Pro and iPhone 13 Pro Max models. Potential customers will have to wait a little longer for the Apple AirPods 3 headphones. The market debut of this device will take place on September 30. These are normal sale dates, not pre-sales.

This year we can get iPhones in four different versions, including:

However, that's not all we can expect. In addition to the new iPhone models, Apple will probably also show us a new smartwatch model. In his case, there will be more changes to the current generation of Apple Watch than between the old and new iPhones. The watch has a refreshed design with gain more beveled edges of the envelope, to align it to the style known from the iPhone 12, and that is also present in 13 iPhones.

The new iPhones are to look similar to last year's models. The screen diagonals of 5.4, 6.1 and 6.7 inches are to remain unchanged. Slight variations are expected in device thickness and weight, which may increase with larger batteries. From the iPhones 12, the new Apple smartphones are to be distinguished by larger, especially in Pro models, camera islands, as well as the location of individual lenses.

As reported by other rumors, variants with two cameras were taken into account - models completely than the Pro, so they will have the lenses arranged diagonally in the camera bulge, not vertically. Due to the larger bulge of the camera and the fact that the phone case is said to be a bit thicker, you should not expect the iPhone 12 covers to work on the iPhone 13.

As for the color options available, rumors speak of pink and orange for the standard models, while the iPhone 13 Pro and 13 Pro Max will get a new matte black option that is darker than this year's graphite color, which has replaced gray. In turn, we can learn from other reports that the iPhone 13 Pro will receive a new Sunset Gold color, which is supposed to fall into brown, while very pale pink gold could also join the lineup.

While Apple noted that the iPhone 12 mini did not sell as well as expected, current rumors suggest that there will still be a 5.4-inch iPhone 13 mini. Therefore, we are expected to expect four models, such as it was in the iPhone 12 line and previous versions.

The display cutout, or notch, for TrueDepth and other sensors has been used since the iPhone X we know, and we can expect it to change its size for the first time on the iPhone 13. Apple is expected to move the speaker to top edge of the display area, freeing up space for the camera and other sensors to be close together, reducing the notch.

Reducing the notch will allow for some more space on the status bar, but it is not yet known how it will fill. On each side of the cut, we can get one additional indicator icon. It is true that a smaller cutout will probably not change the iPhone 13 completely, but it will probably be the most noticeable visual change in the new model. 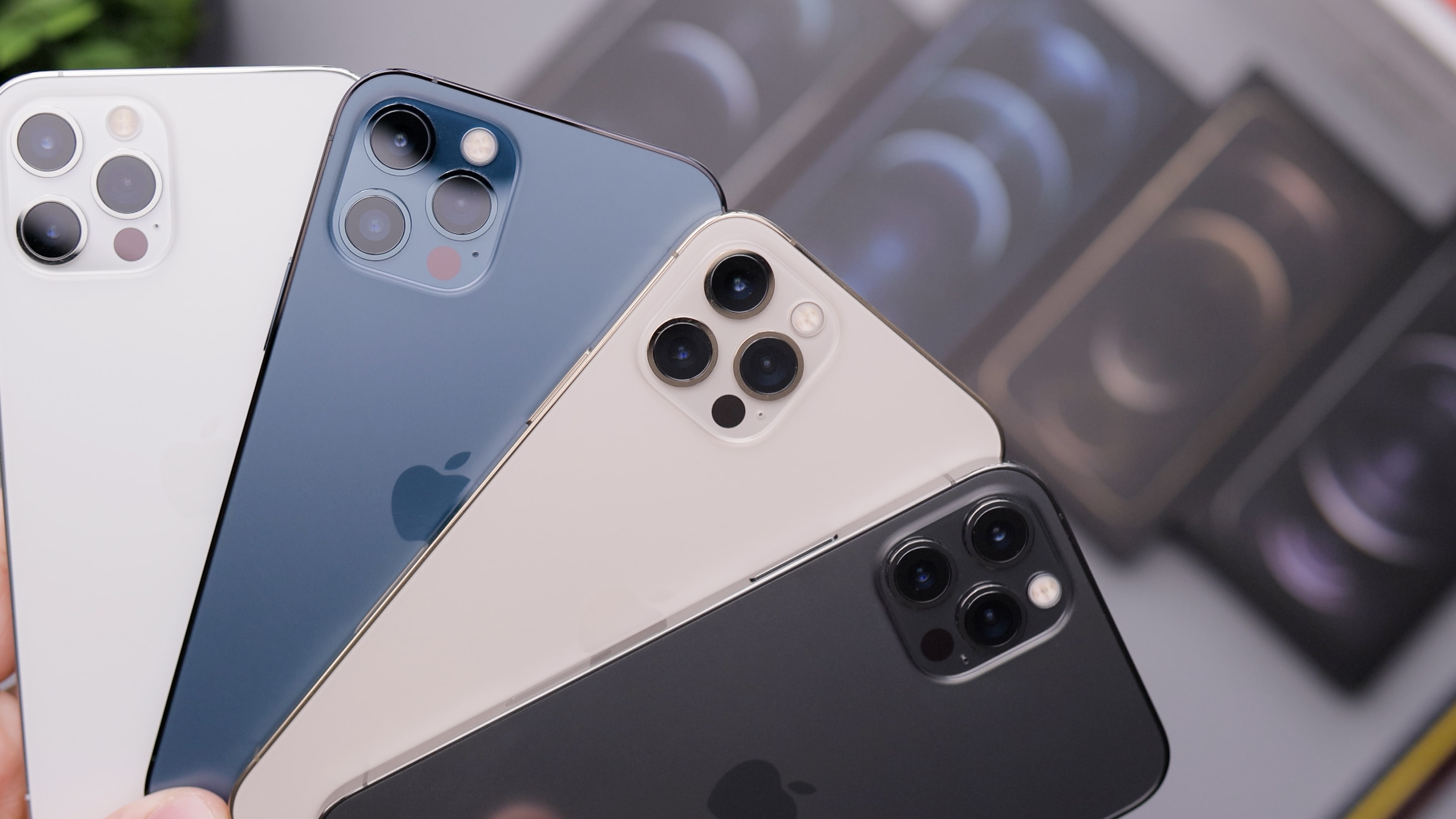 According to various sources, the iPhone 13, 13 mini and 13 Pro will have the same 7-element f / 1.6 wide-angle lens as the iPhone 12, while the 13 Pro Max will get a 7-element lens with a slightly improved f / 1.5 aperture.
Everyone expects the ultra wide-angle camera to arrive on all iPhone 13 models and will be upgraded from a 5-element f / 2.4 lens to a 6-element f / 1.8 lens. However, there is disagreement as to whether this improvement applies to all models or only to the Pro models.

Models that leaked, show that the distribution of the cameras vary in models other than the Pro, which also may signal a change. While the cameras are placed vertically on the iPhone 12, they are supposed to be used in the angling iPhone 13, reflecting the layout models Pro. This means Apple can also reposition the cameras by making changes to the ultra-wide angle lens. The new arrangement of lenses can also bring a change in the functions of which have not yet been told. In addition, the camera matrices in the Pro models will be much larger and thicker.

After long expectations with the iPad Pro being the only Apple device to have a refresh rate higher than 60Hz, we can finally get the 120Hz ProMotion on this year's new iPhones. The ProMotion 120Hz display will likely be limited to iPhone 13 Pro models only, and will still be an OLED display.

As other sources also report, the iPhone may always have the lock screen turned on. You'll see a clock and a battery life indicator, and a notice will appear, although not yet known what exactly can we expect anything as long as something appears. Everything is yet to be presented. To extend battery life, Apple can use an OLED LPTO display, like the one on the Apple Watch.

As other sources also report, the iPhone may always have the lock screen turned on. You'll see a clock and a battery life indicator, and a notice will appear, although not yet known what exactly can we expect anything as long as something appears. Everything is yet to be presented. To extend battery life, Apple can use an OLED LPTO display, like the one on the Apple Watch. 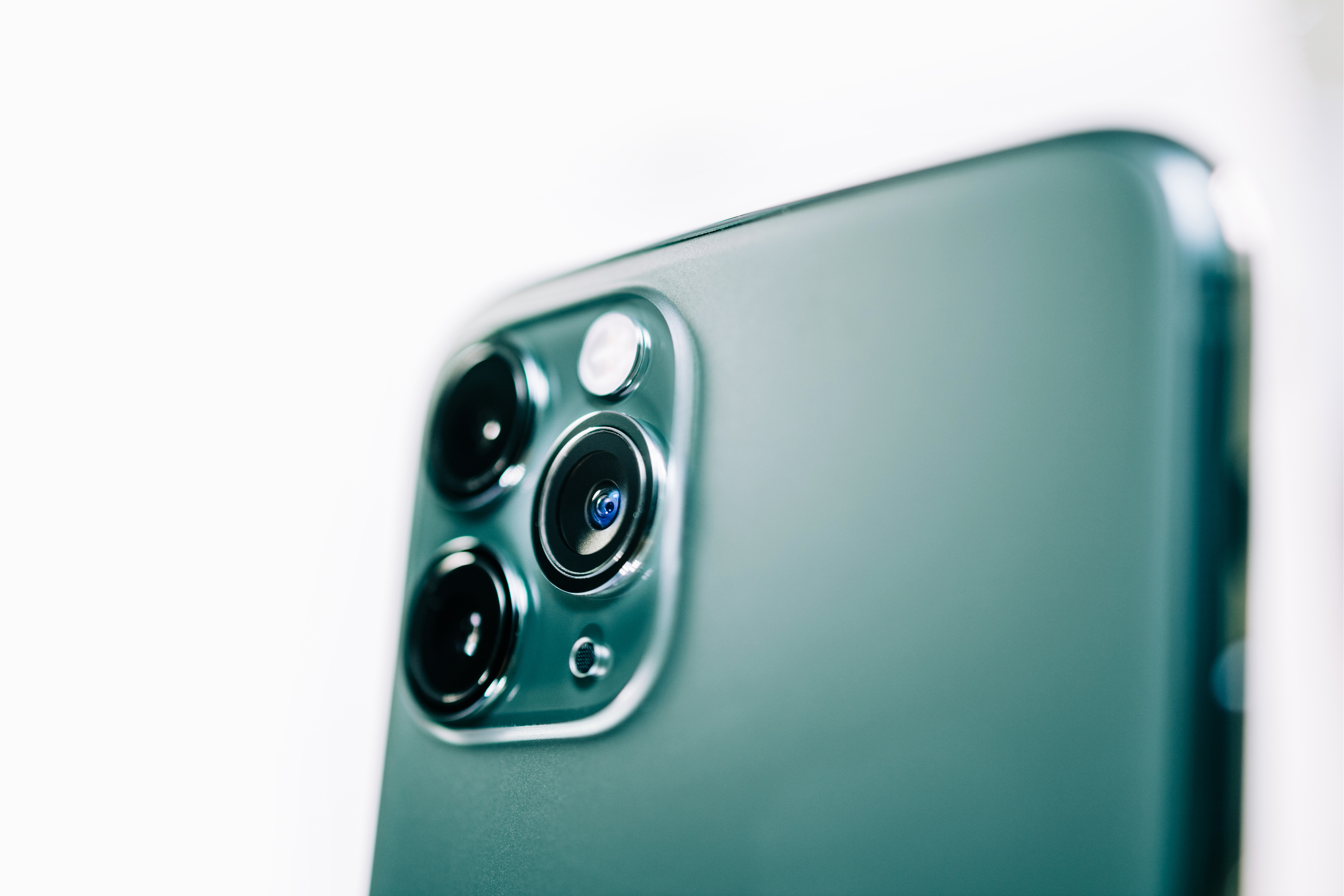 Every year, we expect that the next iPhone will be equipped with a completely new processor designed by Apple. This one will likely be called A15 and will likely be produced by TSMC using an enhanced 5nm process. You can expect a small but significant improvement in performance CPU and graphics card, and the faster the motor neuronal image processing and increased energy efficiency.

However, larger batteries don't necessarily mean your phone will last longer. Apple may need an additional boost of energy to power the always-on display.

Another change we can expect is the chip upgrade for the iPhone 13 compared to its predecessor. It will likely come in the form of the A15 Bionic, the successor to the very powerful A14 Bionic in the iPhone 12.
The new on-chip system could hit the spot in terms of upgrading the A14 Bionic, possibly increasing overall performance and efficiency. As shown by the A15 Bionic benchmarks, the iPhone 13 could even outperform all Android phones in terms of graphics performance.

We cannot expect a major update until the iPhone 14, when Apple could potentially create a chip based on a 4-nanometer process node. Currently, the A14 Bionic inside the iPhone 12 is a 5nm chip.

Apple has ordered, according to rumors, more than 100 million A15 chips, which means we can expect more demand for the new iPhone 13 than the iPhone 12.

When it comes to storage, analyst Ming-Chi Kuo's report says the iPhone 13 Pro and iPhone 13 Pro Max can offer up to 1TB of storage. This would be the first iPhone to offer. Meanwhile, an iPhone 13 would ditch the 64GB option and start at 128GB.

When it comes to wireless connectivity, the iPhone 13 can also be improved. Apple's settlement with Qualcomm has revealed that Apple plans to use the Qualcomm X60 5G modem in upcoming iPhones, which will probably include the iPhone 13. However, they may not be expected soon, because Apple's modems will not appear until 2023.

Dial-X60 5 nm can be integrated directly with the phone chipset, which means smaller size and lower battery consumption. In addition, 5G performance should be better, because the modem can connect to the network at the same time mmWave and 5G below 6 GHz.

What's more, the iPhone 13 will be equipped with Wi-Fi 6E, variation of the Wi-Fi 6, which will support an even higher speed wireless.

As for the cost of the iPhone 13, we can expect prices to be in line with what Apple has maintained so far.

Apple tends to keep its prices for each new generation iPhone relatively close to the one that preceded it, so prices shouldn't go up dramatically over previous models.