How to sell used iPad?

Find out How to sell used iPad

Selling devices that we don't use is nothing new. Each of us wants to get rid of things that are unnecessary for us, and at the same time earn some money on them. Of course, it is worth noting that used things will not be as valuable as they were when they were purchased. In this guide, we'll show you how to sell a used iPad, what to look for, and what you should know when selling an iPad.

Selling devices on the Internet is not always as easy as it may seem. Although there are many sites where you can display your used device, we are not always able to sell the item. This guide to selling a used iPad is designed to help you get the most money for your current device. Follow these tips to make sure you get the best deal when trading on your old iPad.

Like all products, a used iPad is worth more than a newer one, but prices drop particularly quickly when a new product is released or is rumored to be about to start. This is what it's important to keep an eye on our iPad news and articles on Apple's predictions.

It's estimated that the optimal time to sell an iPad is probably about a month or two before a new model is launched - which of course means selling it before you know for sure how much improvement the next model will bring. With the device's successor unveiled, Apple fans will be less interested and the price will drop. 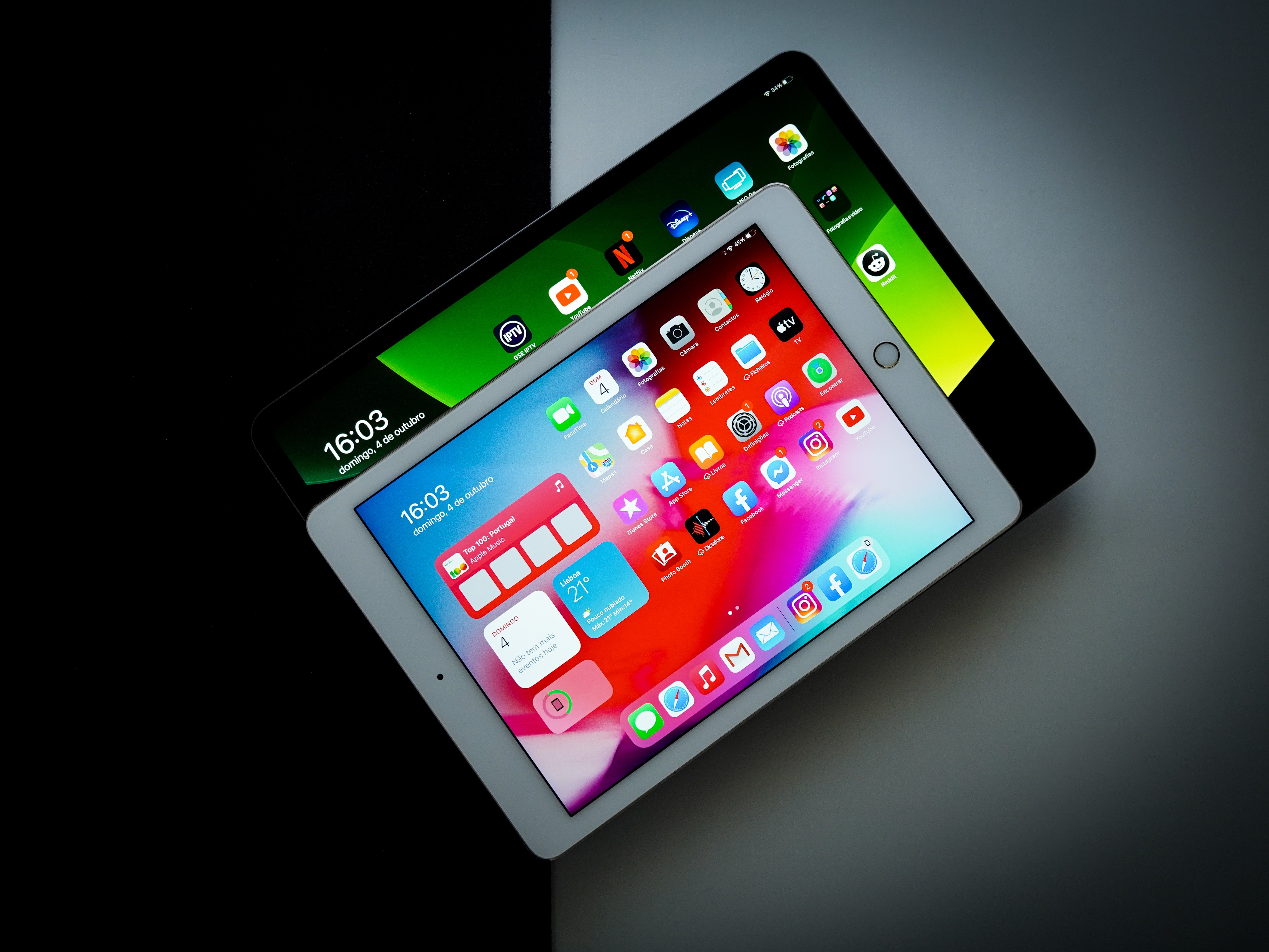 What affects the price of selling your iPad

How long it has been used should be taken into account as this affects the iPad warranty and also gives the user an indication of how intensively you have used it.

For example, suppose you bought the iPad Mini 2 a year after its release. On the other hand, let's say I bought an iPad Mini 3 at the same time that it just hit the market. Even though we also bought our iPads in the same period, I will get a better price because I have a later model. Also, the newer the model, the more you can get for it.

The screen is the most important part of any tablet and it will be the biggest part of your transaction. If the screen is scratched, expect a significant drop in price. If your screen is in pristine condition, or better yet, if you've used a screen protector from day one, you'll get a good price.

The buttons, speakers, headphone jack, battery, and the physical condition of the iPad are just as important but less important than the screen. Where a scratched screen cuts the price by around 20%, a dysfunctional headphone jack or a loose Home button cuts the price by around 5%. But note that it is dysfunctional or losing. If it's completely broken and not working, the price will drop more.

The iPad cable is known to break, but if you still have the original charger and headphones it will raise the price.

7. How fast do you want to sell out

It is important how much time you can endure getting the price you want. It's best to sell when you don't feel like cash, as you are unlikely to compromise on the best price to get your money right away. 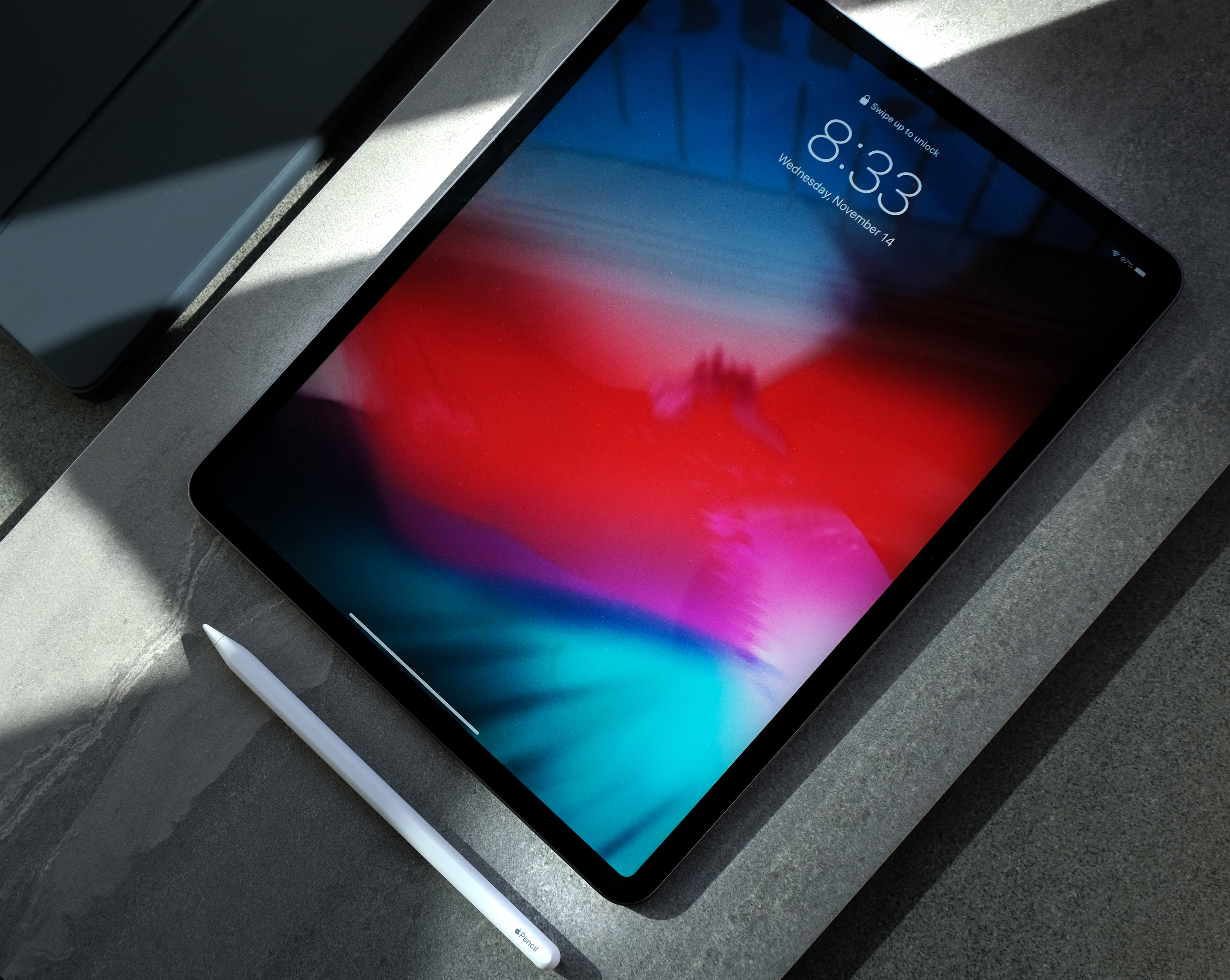 Where to sell used iPad?

You'll get more sales on eBay or Amazon, all of which offer a lively environment for your used devices. If you're selling it through eBay and Amazon, you'll also have to pay a service fee, so here are some sites to check before you start.

Can I trade an iPad with Apple?

Yes. Apple has a GiveBack program that allows owners of iPods (and iPhones, Mac computers, and so on) to replace their device with a newer model at an Apple store at a discounted price.

Sell to sellers or directly to buyers?

You have two basic ways to sell your iPad. You can take it to sellers or sell it directly.

The reseller will give you a lower price than what the direct buyer will do as they endeavor to find a buyer, satisfy the buyer's questions, and complete the entire transaction. On the other hand, if you are selling to a reseller, you don't have to worry about haggling for a good bid or answering tedious questions. It is a quick and easy method.

What price will I get for a used iPad?

In order to determine the price your iPad will likely get from a direct buyer, About.com has a neat trick. Go to eBay and search for your iPad model. Click on Advanced Search in the results and filter by Auctions sold. Sort the list by the last date to find out what people are now willing to pay for an iPad like yours.

1. Enter the name of your iPad in the search engine. 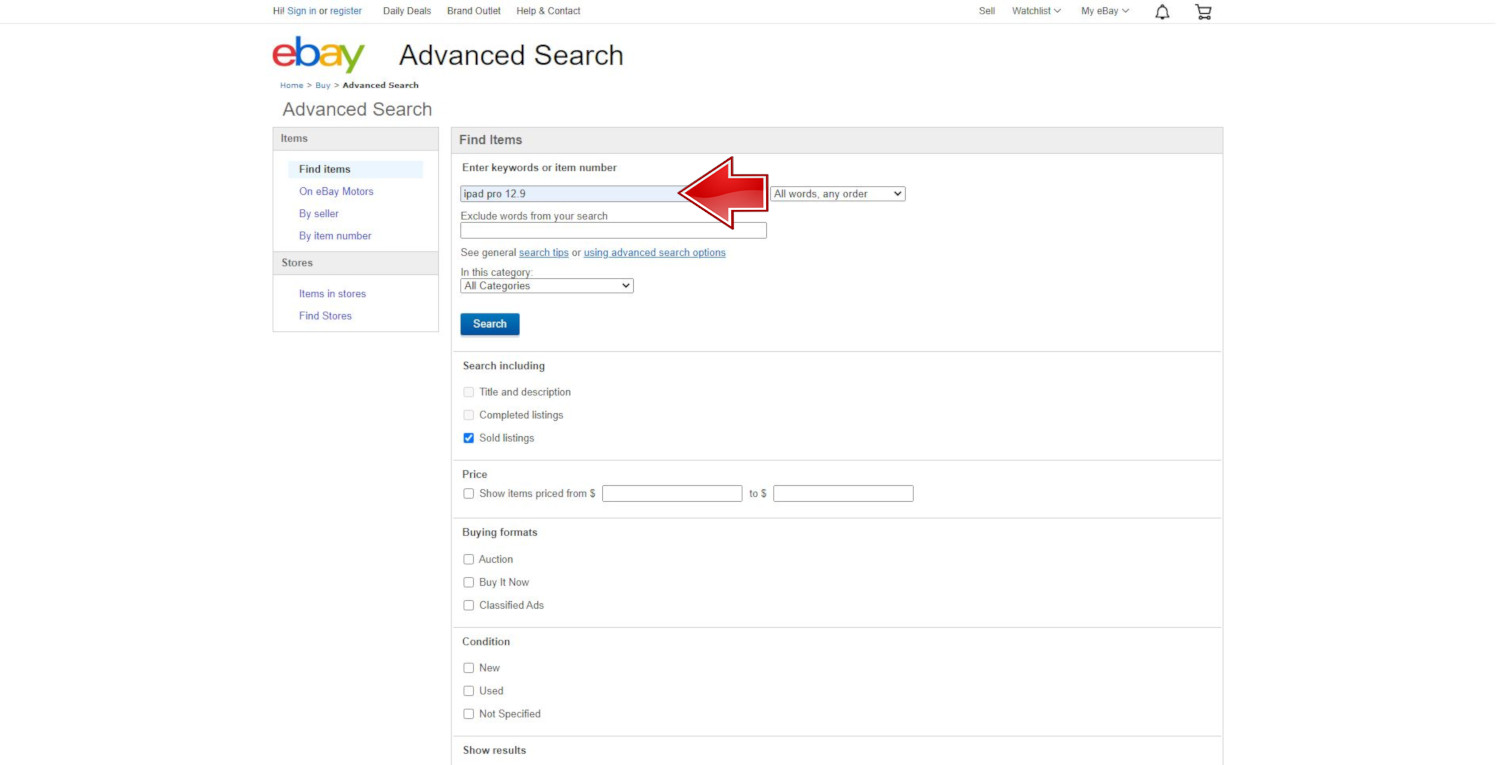 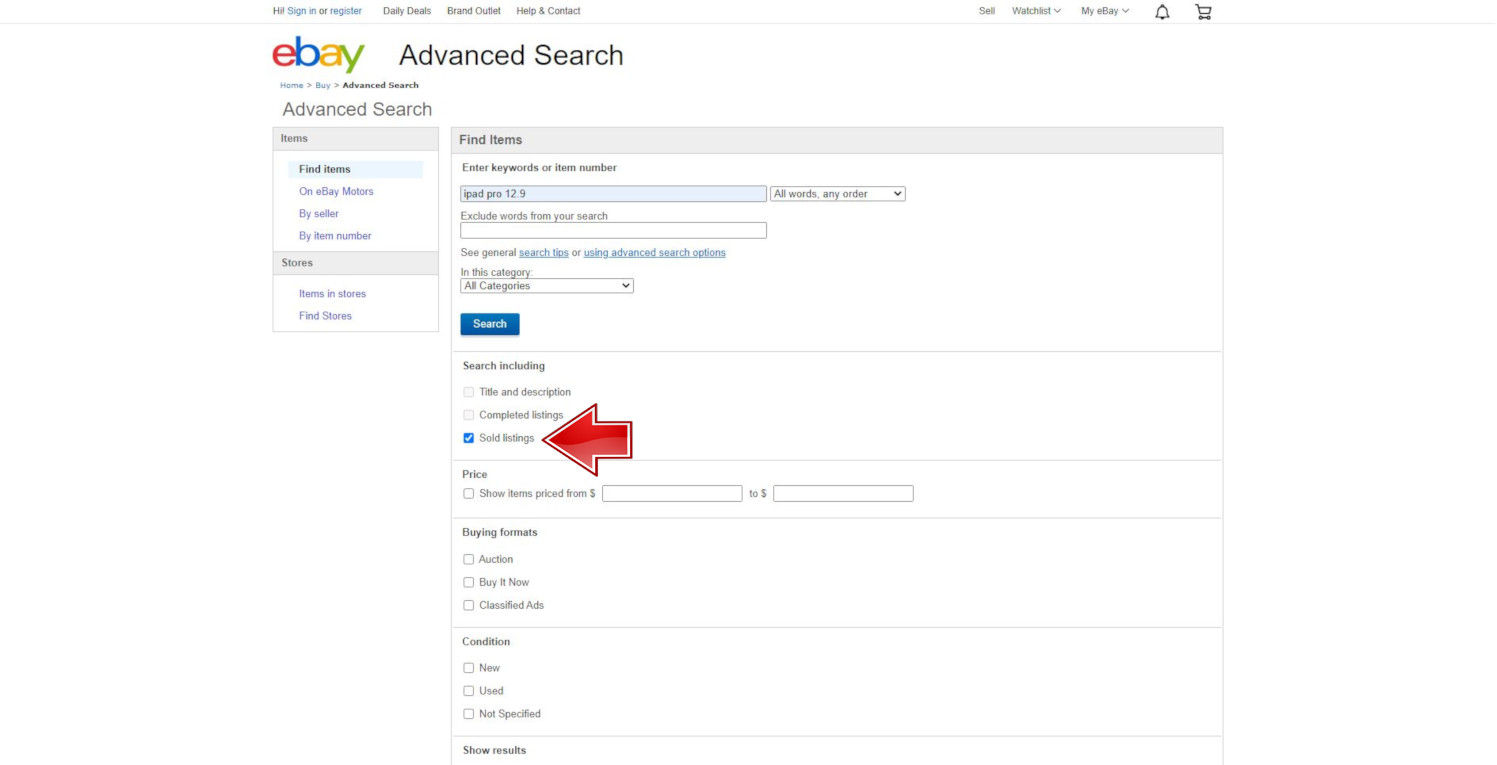 3. Finally, click on the Search button to see results. 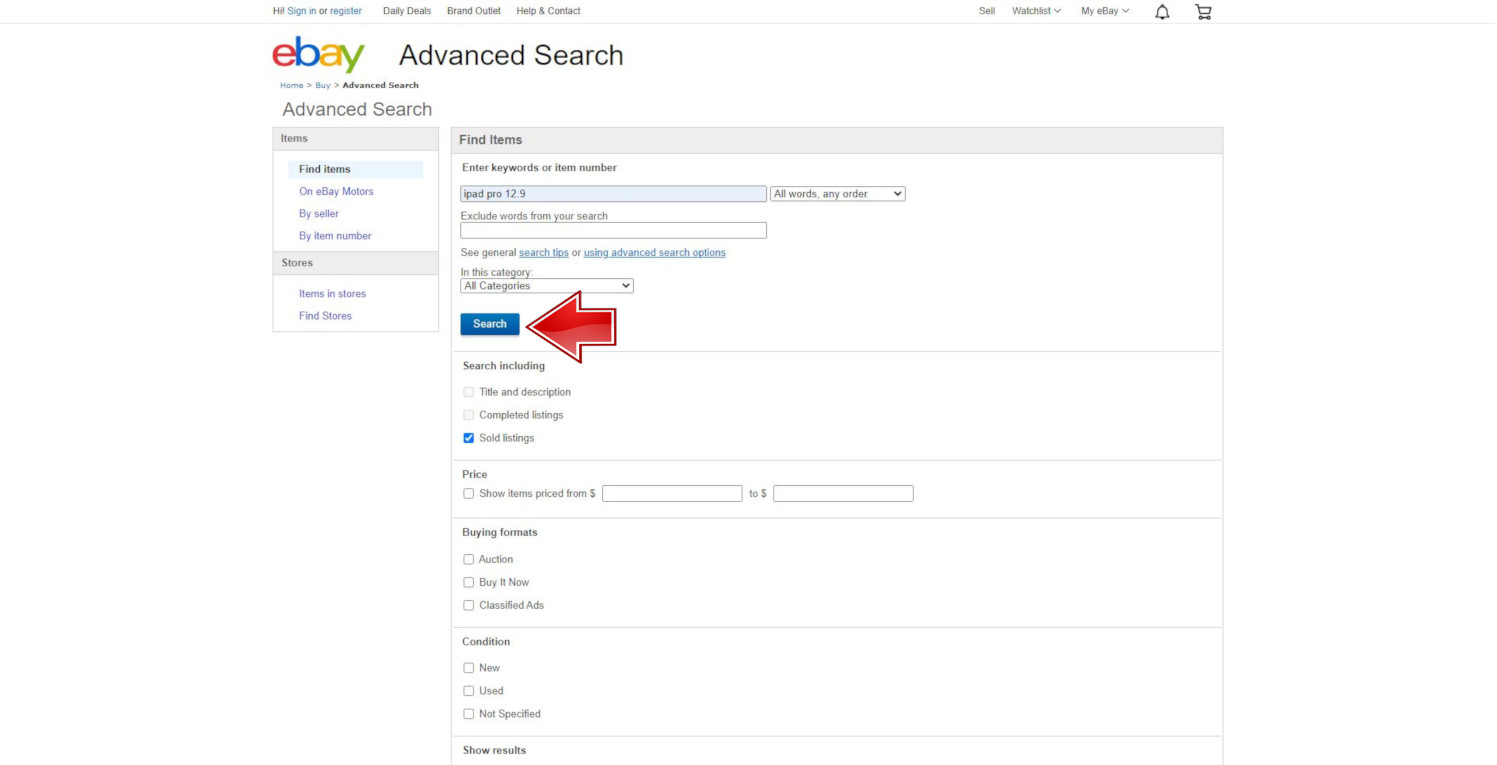 After you set the price, it's up to you whether you want to sell it to a friend or use the online system. Just remember to include external costs like shipping.

Good advertising is the basis of successful sales. If you are going to sell a used iPad, know that the right ad plays a key role here. Include all iPad specifications, a condition in the ad, and take at least a few photos on each side so that the buyer can see what condition it is in. There is no need to cheat and lie in the advertisement because everything will come out anyway. Additionally, to get a higher price, you can add accessories that will surely raise the price and increase interest.

Remember that the iPad is unlike any other tablet because Apple Tax  Resale Price Increase Paid Apple Tax: Why Macs Maintain Their Resale Value? Apple Tax: Why Do Macs Maintain Resale Value? You've probably heard this before: Macs may cost more, but they retain their value. Is this true and if so why? Overall, you can expect a better price for the older iPad than for the older Android tablet, as the iPad is expected to update for some time with iOS and has no major hardware flaws.